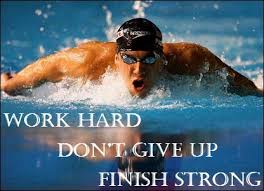 At first, all I knew was that I had a broken relationship with a close friend. I had done everything I could think of to restore the relationship, but nothing seemed to work. And then the worst thing happened – I began to hear that my (former) close friend was poisoning the small group I had trusted him to lead. He was slandering me and trying to convince
everyone to leave the church.

In times like those (as Alexi said in his recent post), we must forgive. It’s the only way forward. Forgiveness is a decision that we make to let go of our bitterness and to refuse to hurt the person back.  It’s not that unusual for the feelings of hurt and the thoughts of retaliation to linger for a while, and so we must follow-up our initial decision by continuing to forgive whenever we begin to think of the offense we have received.

But then I ran headlong into something new I had never experienced in 15 years of pastoring: I couldn’t seem to get past the hurt! It just wouldn’t go away.

I didn’t realize it until much later, but for years small hurts and disappointments that weren’t fully healed had been adding up. They were actually beginning to piling one on top of another crippling me at the deepest level.

In 2 Timothy 4:7 Paul says, “I have fought the good fight, I have finished the race, I have kept the faith”. These are words all of us want to be able to say at the end of our life. But I never would have made it any further, if I didn’t begin learning how to deal with hurts and disappointments.

I WOULD LOVE TO HEAR SOME OF YOUR COMMENTS – THERE’S A PLACE FOR YOU TO ADD THEM BELOW.

How are you?  We’ve all had hurts and disappointments during our time as a church leader or a pastor.  Do some of those experiences still bother you?

What has been helping you to keep going?

The next few posts will focus on things that we can do to help us keep running the race. Begin praying now, that God will highlight the things He wants to build into your life so that you can FINISH THE RACE WELL!