THE VALUE OF SMALL GROUPS 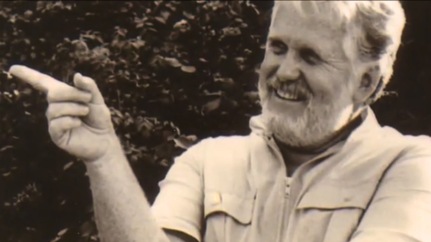 For the next few weeks I want to talk about small groups. And what better place to start than to share a portion of an article called, “The Value of Small Groups in the Church” by John Wimber

A young Vineyard pastor recently asked me, “Do you value small groups?” My immediate response was to laugh. When I realized he was serious, I almost cried. What a surprise that someone in the Vineyard-especially a leader-thought I did not value small groups. I think it might help to clarify my personal history and views on this vital subject.

My wife and I were converted in a small group that was started for the express purpose of evangelizing us. There were only seven in the group and it went for several months. As we interacted over the scriptures the Holy Spirit was drawing us to Jesus. Furthermore, the same man who led me to Christ equipped me in the basic ministry of evangelism through small groups. So as a new convert I began continually sharing my faith with people in Orange County, California. From watching my mentor, Gunner Payne, skillfully answer questions from the scripture, I soon could give all the answers Gunner gave (and tell all the stories he told). I simply mimicked his behavior, and attitude.

Gunner also discipled me in church life. He was not only active throughout the week in winning people to Christ-sometimes as many as seven nights a week-but he was active in the church. Gunners’s example taught me a great deal concerning love for the church. So, from the outset of my Christian walk I made three commitments: first, to Christ; second, to his church; and third, to his cause-the reconciliation of men and women to himself. And through Gunner’s modeling and mentoring from a wealth of experience, I learned the value of small groups. Small groups can help deepen a threefold commitment to Christ, his cause, and his church.

During the 1970’s small groups were a vital part of my life and ministry. I started hundreds of groups myself and many reproduced. As a consultant I helped hundreds of churches begin small group ministries. I also helped plant churches “from the bottom up” by beginning with small groups [as a foundation]. My own church was planted this way and today we have over two hundred small groups, of various kinds.

WHAT DO YOU BELIEVE MAKES SMALL GROUPS IMPORTANT IN THE CHURCH?